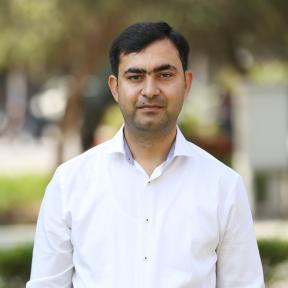 Dr. Muhammad Usman has joined us as Assistant Professor-Tenure Track in the Department of Mathematics - (SBASSE).

Dr. Usman obtained his PhD in Mathematics from Imperial College London in 2012 prior to joining University of Stockholm, Sweden as Postdoctoral Fellow. Dr Usman completed his MSc and BSc in Mathematics from King’s College London and COMSATS Institute of Information Technology in 2008 and 2006, respectively. His research interests are in spectral theory of differential operators and spectral theory of quantum graphs. In particular, he is interested in the spectral bounds of quantum graphs which is essential for establishing estimates on bound state energies of quantum systems. Dr. Usman has taught undergraduate level courses at Stockholm and COMSATS and has also co-supervised and examined Master level students’ theses at the Stockholm University. Prior to joining LUMS, he was associated with COMSATS Institute of Information Technology as Assistant Professor.

His research interests include: