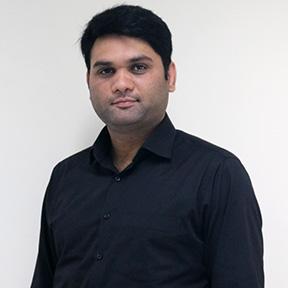 Dr. Rofice Dickson received his B.Sc. Chemical Engineering degree from the University of Punjab. He worked as a Trainee Engineer and then as an Assistant Manager in the production department at the DG Khan Cement Company Limited for three and half years. During this period, he continued his studies and obtained M.Sc. Chemical Engineering degree from the University of Punjab, Lahore. After this, he went to South Korea and completed his Ph.D. in Chemical Engineering from the Pukyong National University. During his Ph.D., he also worked as a Guest Ph.D. Student for eight months in the PROSYS research center at the Technical University of Denmark. He then joined PROSYS research center, DTU as a postdoc researcher where he studied large-scale exploitation of sequential enzymatic reactions using multi-environment reactors.

Dr. Dickson specializes in chemical process modelling and optimization. He is fluent in both mathematical and computational skills. His primary research interests are in design, optimization, and analysis for problems in the general area of process systems engineering, with special emphasis on biomass-to-fuels/chemicals and power technologies. He has joined the Department of Chemistry and Chemical Engineering, LUMS as a tenure-track Assistant Professor in January 2021.