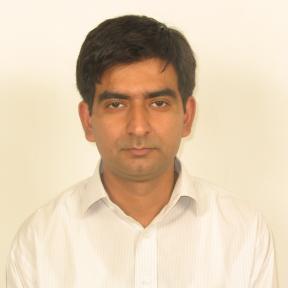 Muhammad Sabieh Anwar completed his D.Phil. from the Department of Physics, Oxford University (UK) in 2004, where he studied as a Rhodes Scholar from Pakistan. His dissertation was titled, “Quantum Information Processing using Para-Hydrogen NMR” and revolved around the preparation of pure quantum states for quantum computing. This work also constituted the first demonstration of quantum entanglement in the liquid state.

Prior to his doctoral studies, Sabieh received his B.Sc. (Honours) degree in electrical engineering (electronics and communications) from the UET, Lahore.

His research has been published in various journals notably the Science, Proceedings of the National Academy of Science (PNAS), Physical Review Letters, A and B, Chemical Physics Letters, Analytical Chemistry, Journal of the American Chemical Society, Angewandte Chemie, Magnetic Resonance in Chemistry, Daltons Transactions and the American Journal of Physics.

Dr. Sabieh is also the Joint Secretary and one of the founders of the Khwarizmi Science Society– a non-profit organization aiming at developing a science culture in Lahore’s educational institutions. This Association has organized about 200 events of different kinds with the objective of strengthening the popular image of the scientific content and method.

Dr. Sabieh is recipient of ICTP Physics Prize for the year 2008 as well as Aizaz-e-Sabqat from the Government of Pakistan.

His webpage can be seen here.