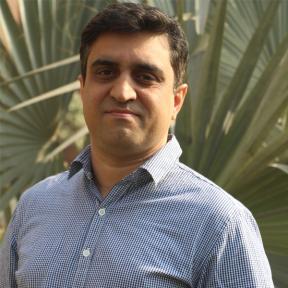 Till the end of last century, quantum mechanics was considered as a theory only to be demonstrated in certain controlled sophisticated lab setups. However, advancement in fabrication technology and innovative sample design has made it possible to develop devices whose functionality is based on fundamental properties of quantum systems like the principle of superposition and entanglement. These developments have given rise to a revolutionary field of quantum technologies. It’s a technology paradigm which directly utilizes counterintuitive quantum mechanical properties as resources to design and develop devices and systems. Quantum technology is bound to effect communication, cryptography, computation, metrology/sensing and simulations in a major way.

Dr. Ata Ulhaq is an experimental Physicist, who work on growth and study of structures, which exhibit clear quantum character. His work is concentrated on developing specialized light sources using nanoscale structures, which can generate quantum light. Such sources form an essential part of quantum communication and cryptography schemes. Another major stream of his work is optical control of isolated spins in nanoscale structures. Spin is a quintessential quantum entity and solid state devices based on initialization and control of spin are one of the central ingredient of proposed quantum computation, metrology and simulation schemes.