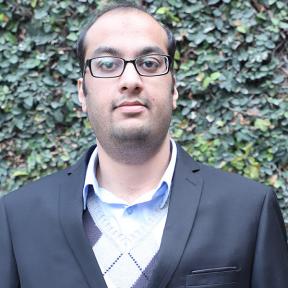 I received my PhD in Mathematics (Quantum Gravity) from the University of New Brunswick, Canada. My research lies in the field of Quantum Gravity. But what exactly is it?

Quantum Theory (which describes interactions at small scales) and General Relativity (which describes gravity at large scales) - the two pillars of modern physics - are very successful in describing phenomena in their respective domains. However in regions like the very early universe, or black holes, where both theories are expected to be important, they are in conflict with each other. Quantum Gravity is the quest for resolving this conflict by quantizing gravity. My research interests are in quantum gravity, and in particular, its applications to cosmology and black holes. I am interested in questions like: How did our universe begin? What goes on in the center of black holes? What is the meaning and role of time in a quantum universe? etc.

Specifically, my research is in canonical quantum gravity (which starts from a Hamiltonian formulation of general relativity), and its application to symmetry reduced systems like homogeneous/isotropic cosmologies and spherically symmetric gravitational collapse and black holes. A complete list of my works can be found here: http://inspirehep.net/search?ln=en&p=syed+moeez+hassan

I also have side interests in philosophy of science and philosophy of religion. My personal webpage can be found here: https://moeezhassan.weebly.com/