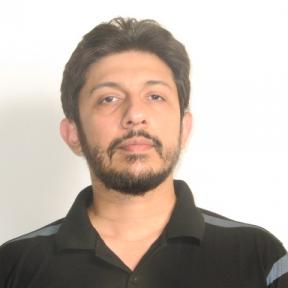 Asif Iftikhar is a MGHSS teaching fellow at LUMS. He is an Honorary Fellow at al-Mawrid
Foundation for Islamic research (Lahore, Pakistan), a well-known institution of learning and
research. Fellowship is the highest research position at the institute, which is granted on
recommendation of established scholars. Iftikhar is also a member of the Academic Review
Committee of the foundation, which committee supervises academic research and its publication.
Earlier, Iftikhar had served at the foundation as its vice president as well as the editor of its
monthly research journal, Renaissance. He edited most of the initial translations of Ghāmidī’s
tafsīr (Qur’ānic exegesis), al-Bayān and Ghāmidī’s work on Islamic law and jurisprudence,
Mīzān. He was also responsible for developing curricula for language teaching at Mus‘ab Public
School, at that time a project of al-Mawrid for modern education in Islamic setting.

Iftikhar has a teaching experience of more than 30 years at university level at some of the bestknown
institutions of learning in Pakistan including Lahore University of Management Sciences
(LUMS), Punjab University (PU), Pakistan College of Law (PCL), Civil Services Academy, to
name a few. He has regularly given talks at other well-known institutions of learning as National
Institute of Public Administration, Pakistan Administrative Staff College, and National Defence
University. He also taught as course lecturer and teaching fellow at McGill University and was
on teaching panel in some conferences on religion and world peace under the auspices of Tony
Blair- McGill foundation. At these institutions, he has taught courses or talked on topics related
to Islamic law, discourses on jihad in South Asia, Islamic modernism in Pakistan, Islamic
jurisprudence, Islamic ethics in business and commerce, Islamic banking and finance, Islamic
history in South Asia, Qur’ānic studies, Islamic studies, history of religions, Bible and Qur’ān
narratives, Islamic civilization, Islamicate poetry in South Asia (in Urdu, Punjabi, and Hindi),
Urdu language and culture, and classical Arabic. At LUMS, he remained faculty coordinator for
Berkeley Urdu language Program in Pakistan (BULPIP) for US grad students (in collaboration
with American Institute of Pakistan studies or AIPS) for about six years. He remained a member
of the Academic Review Committee of LUMS for three years as well as the stream leader for
religious studies during this period.

Iftikhar has published widely in the journal of al-Mawrid foundation on topics related to the
above mentioned areas (see http://www.al-mawrid.org/index.php/team). His translations include
among other works a collection of his on Islamicate poetry in South Asia (from Urdu, Punjabi,
Hindi, Persian and Arabic). Some of these translations have already been published in the
Foundation journal. His work on Jihad and the establishment of Islamic global order has been
cited in numerous books and journals and his contributions have been acknowledged by many
authors. Iftikhar also hosted numerous television programmes on Islamic discourses including
Geo Ghāmidī (for about one year) and Viewpoints (with Aaj TV). In Montreal, he founded
Karvan-e Adab Society as its president for promotion of Urdu and Punjabi poetry and remained
an active contributor to the society as a poet for about four years until his return to Pakistan. He
served for some time as Sharia Advisor to United bank Limited (a commercial bank) and
Innovative Bank (an investment bank) in Pakistan and to Shaukat Khanum Cancer Hospital
(member of the hospital ethics committee for about three years).

He is presently a member of the Editorial Team of Renaissance and a member of the Experts
Team of National Counterterrorism Authority (NACTA) of Pakistan. Iftikhar holds a bachelor’s
degree in commerce (with specialization in accounting), a master’s degree in business
administration (with specialization in finance), and a master’s degree in Islamic studies (Deans
Honor Roll; focus on discourses on jihad in South Asia. His present research focuses on Islamic
traditionalisms, Islamisms, and Islamic modernisms in Pakistan. Iftikhar has studied the Qur’ān
and Ḥadīth under well-known and meritorious ‘ulamā’ of Pakistan for about thirty years (in all)
including Riḍwān Allāh, Sājid Ḥamīd, Javed Aḥmad Ghāmidī, and Amīn Aḥsan Iṣlāḥī (d. 1997).