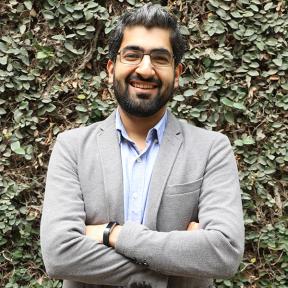 Dr. Umair Javed is Assistant Professor of Politics and Sociology at the Mushtaq Gurmani School of Humanities and Social Sciences (MGSHSS). He completed his PhD at the London School of Economics and Political Science (LSE) in 2018, where he was a recipient of the LSE Centennial PhD Studentship.

His doctoral research focused on politics and practices of accumulation, and labour relations in Pakistan's informal economy, with a specific focus on the retail-wholesale (bazaar) sector. More broadly, his research interests span various aspects of political participation, socio-economic development, and urban public life in South Asia. His academic work has been published in Economic and Political Weekly, Current History, and Catalyst: A Journal of Theory and Strategy. He has also contributed book chapters to volumes published by Routledge, Cambridge University Press, and the Australian National University Press. He is currently working on two major research projects: a cross-country study of contentious politics around energy access in low-income settlements in Pakistan, Mozambique, and Nigeria, with researchers at the Institute of Development Studies (IDS), University of Sussex; and a comparative study of state welfare and citizen attitudes towards charity, taxation, and zakat in Egypt, Morrocco, and Pakistan with colleagues based at the International Centre for Taxation and Development (ICTD).

Alongside his work in academia, Dr. Javed has over 10 years of experience as an international development and public policy practitioner, having worked as a political economy and governance advisor on UN, DFID, and World Bank programs in the social services, economic reform, and public accountability sectors. In 2018, he was appointed as a member of the Prime Minister's Task Force on Civil Services Reform with the mandate to revise induction procedures and in-career training of centrally-recruited civil servants.

Dr. Javed also contributes a fortnightly current affairs column for Pakistan's leading English-language daily, Dawn. His research and political analysis has been featured by a number of international print and electronic media outlets, including BBC, Sky News, The Guardian, Al Jazeera, The Economist, and the Washington Post.

Javed, U. (2012). 'Of Patronage and Elections: Constituency Politics in Contemporary Pakistan'. Economic and Political Weekly, 47 (32).

Javed, U. (2017). "Rethinking Power in Lahore: Urban Hegemony through the Mosque and the Marketplace". Annual meeting of the American Sociological Association (ASA), Montreal, Canada.

Javed, U. (2017). "Rethinking Power in Lahore: Urban Hegemony through the Mosque and the Marketplace". Annual meeting of the Social Science History Association (SSHA), Montreal, Canada.