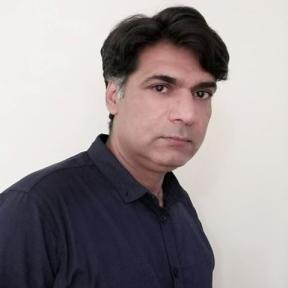 Dr Zaigham Shahzad joined the Department of Biology at SSE in April 2022 as an Associate Professor. He is interested in employing quantitative approaches to study how variations in plant genomes and epigenomes mediate phenotypic evolution in populations. His research works have been published in leading journals namely Cell, Nature Communications, New Phytologist, and PLoS Genetics. He earned his Ph.D. in Integrative Biology of Plants from Montpellier SupAgro, France in 2010. There, he employed comparative genomic approaches to study the molecular basis of the evolution of metal hypertolerance in Arabidopsis halleri. His postdoctoral research focuses on studying mechanisms that shape phenotypic diversity within plant species. He has developed high-throughput phenotyping tools and quantitative genetic approaches to do this. Combining phenomics with quantitative genetics, he identified numerous genes and their sequence variants regulating plant physiological and developmental adaptation to stressed environments. For the discovery of a novel signalling pathway to sense the availability of oxygen in plants, he was awarded The Great Advances in French Biology Prize by the French Academy of Sciences in 2017. Despite great success in mapping functional genetic variants, he recognized that DNA sequence polymorphisms explain only a fraction of phenotypic variation in populations. He is now developing epigenome-wide association analyses to study whether epigenetic information inherited independently of DNA sequence influences phenotypic evolution.