From November 19- 29, they visited more than 15 colleges and schools and reached out to almost 3,000 students. The team visited different schools in Karachi, including a school in Lyari, which Kiran Foundation administers, and NJV College, which Akhuwat Foundation has adopted. Information sessions were held, and students were informed about the NOP scholarship. Other schools the team visited included Aga Khan Higher Secondary School, Sir Adam Jee Institute, Concordia Colleges in Beaconhouse Head office, FG Boys College and FG Girls College.

A highlight of this visit was a successful session in collaboration with the Development for Human Resources (DOHR) in Tando Muhammad Khan, where more than 1,500-2000 students from surrounding towns and villages participated and got information regarding LUMS and the NOP. More than 5,000 students participated, with equal participation from men and women. 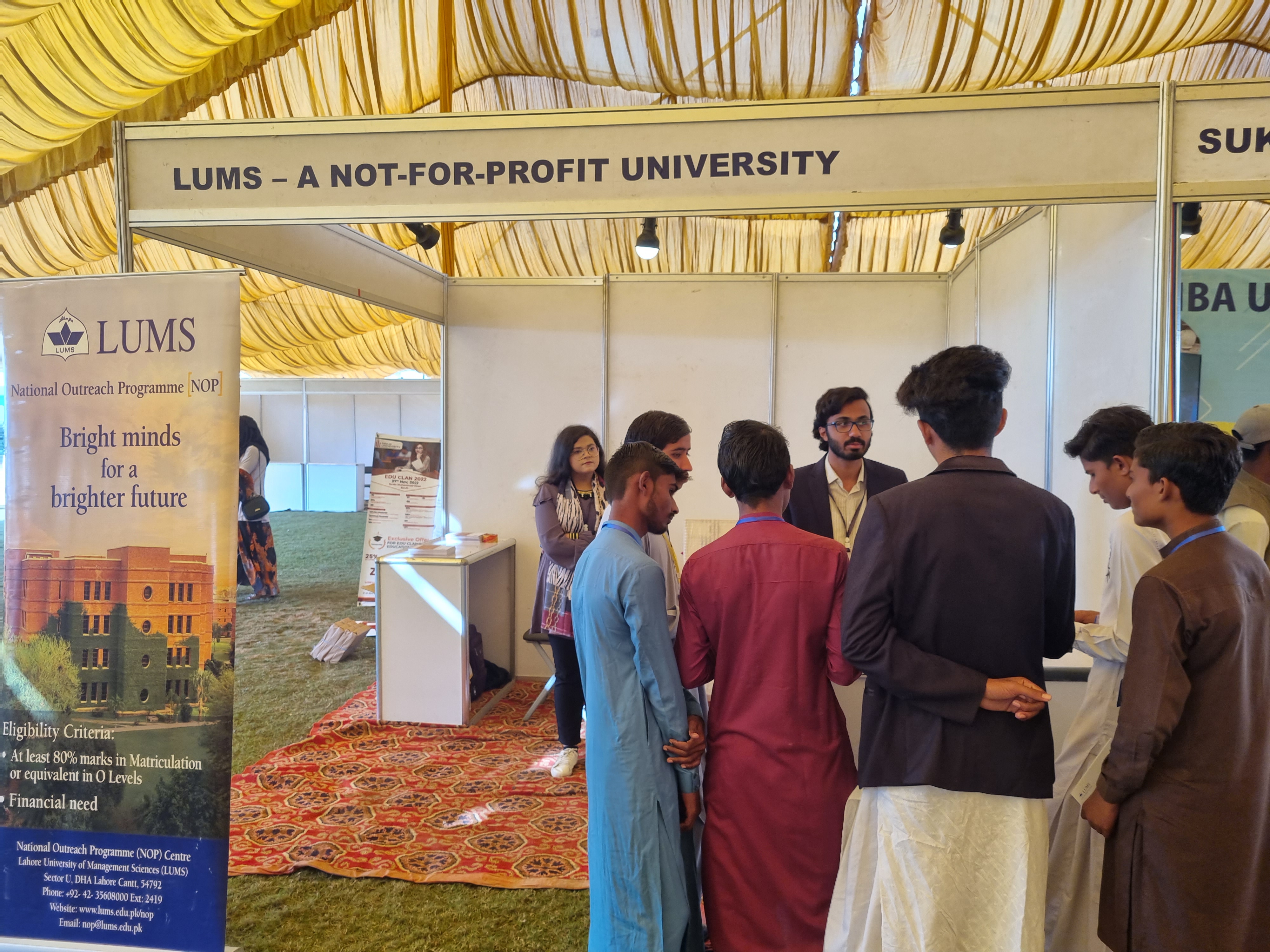 Students from diverse minority groups were also present at the NOP stall. Representatives of more than 24 universities and institutions participated in the expo. Vice Chancellors and Deans of different colleges visited the NOP stall and appreciated the work in making education accessible to a vast majority of students. DOHR provided exceptional logistical support in disseminating collateral to prospective attendees and preparing for the session. Students were again briefed on the NOP process and were motivated to apply to LUMS to widen their horizons in pursuing their ambitions.

DOHR team is committed to promoting higher education in the province and provided unwavering support and warm hospitality to the NOP team in Tando Muhammad Khan. The NOP Team had a designated slot for their presentation session in the university's auditorium. The presentation session had a turnout of more than 300 attendees, including students, parents, and teachers.

Overall, the feedback received from educators was highly appreciated. The administration of the institutions thanked the LUMS NOP Team for visiting their students and stated that the session would prove very helpful for applicants wishing to apply to the NOP Summer Coaching Session. The stakeholders also praised the efforts to reach out to students from humble backgrounds in Sindh.

The NOP Team is grateful to the educational partners for their assistance during Outreach and hopes to see promising applications from the entire province of Sindh, including but not limited to the cities visited.