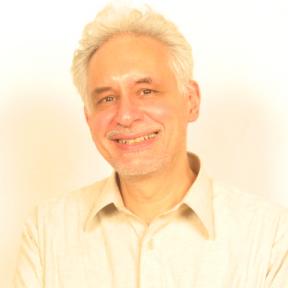 Since December 2008, Lukas Werth teaches anthropology at LUMS. He has also been involved in the creation of a history major at LUMS. Having received his PhD in 1992 from the Free University of Berlin for an ethnography about the Vagri, a peripatetic group in South India, Lukas Werth was an Assistant Professor (Wissenschaftlicher Mitarbeiter) there from 1990 to 1997. After that, he had research grants from the German Research Society (Deutsche Forschungsgemeinschaft, D.F.G.) to do field work in the Punjab of Pakistan where he had worked since 1993. Ever since, he continued to do research in Pakistan with a special emphasis on living Sufism. During these years, he became deeply involved in photography both as an anthropological endeavor and as an art form. He regards photography as an independent form of visual art capable of making statements relevant to the contemporary world.

He combines this with his anthropological interests, that is, he explores an artistic vision inspired by anthropological perspectives. One main topic of this combination is the exploration of cultural contexts in Pakistan which he tries to present in a personal vision, leading away from common Western prejudices, and also appealing to a spectator familiar with the contexts depicted. He taught from 1991 to 2008 at different Universities of Germany: Free University of Berlin, Humboldt University, Berlin, and the Technical University for the Restoration of Art in Berlin. His theoretical interests include meaning, self, ethics and aesthetics in Anthropological thought; different aspects of religion as such, Islam, including Sufism and fundamentalism, Hinduism, kinship, rituals, concepts of modernity and Western thought, and peripatetic societies. Areas of his ethnographic interests are South Asia, most notably Pakistan and India, Western contexts, as the development of Western visual arts and the place of photography in this context