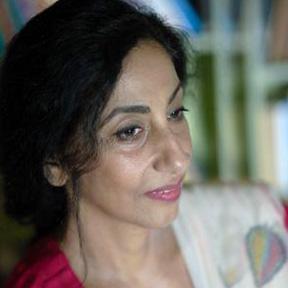 Anjum Alvi, a cultural anthropologist, received her PhD in 1999 from the Free University of Berlin, where she taught for 18 years. She also taught at South Asia Institute of the University of Heidelberg as well as at the Institute of Sociology of the Technical University of Darmstadt, Germany. Since December 2008 she teaches in Pakistan at the Lahore University of Management Sciences. She tries to relate anthropological perspectives of authors, like, Marcel Mauss, Louis Dumont, Marilyn Strathern, Pierre Bourdieu, Walter Benjamin etc. to philosophical ones such as those of Ludwig Wittgenstein, Emmanuel Levinas, Maurice Merleau-Ponty, Alasdair MacIntyre, Michel Foucault, and Denis de Rougemont. In her publications, she attempts to develop a theory which encompasses a subjective and objective perspective at the same time. To this end of demonstrating the inseparability of these two perspectives she worked and published in different fields of anthropology. She examines cultural fragments in relation to their place in the larger picture of that cultural context. Instead of emphasizing mere differences or similarities, she searches for transforming patterns between cultural contexts, and points out challenges we face in relating cultural contexts intersubjectively.

1999. Bearers of grief: death, women, gifts, and kinship in Muslim Punjab. Berlin: Free University,
Ph.D. dissertation, Microfiche edition.
PhD thesis involves a comparative theoretical discussion of the perspectives
of Pierre Bourdieu and Louis Dumont and their analytical approaches to kinship which I
utilized to approach the social condition of the Pakistani Punjab. The thesis focuses on marriage,
the brother-sister relationship, gender relations, gift-exchange and the concept of gift,
exemplified most extensively by the mortuary ritual.